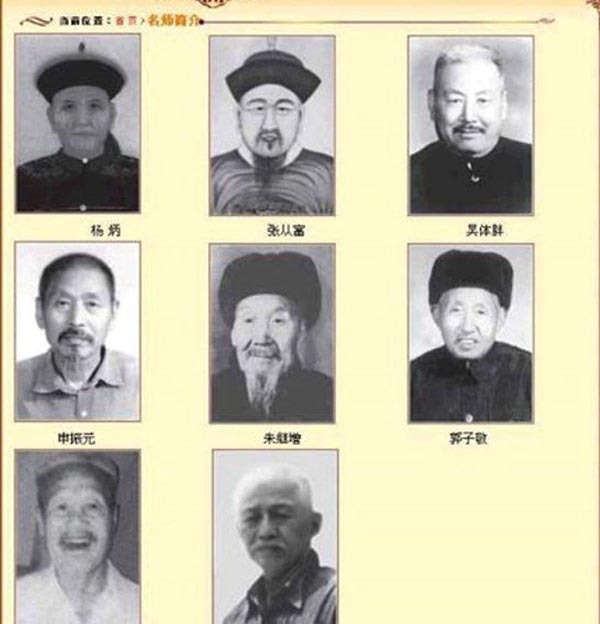 Except for Grandmaster Cheng Wu Chen, bottom right, these are the ancestral Plum Flower masters of our system. 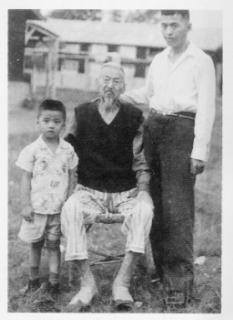 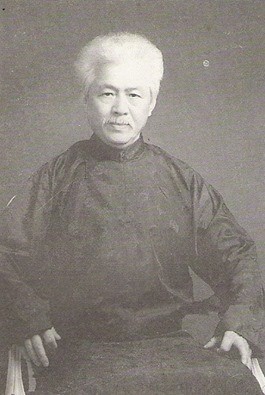 The late Grandmaster Wu Ti Pang was the founder of the Mei Hua Men in Taiwan. He was born in Heze, China in Shangdong Province to a martial arts family; and, as a youngster, he was required to study traditional Chinese Kuoshu. After he reached a level of proficiency with his boxing and weaponry, he joined the Mei Hua School. Not long after he joined the Mei Hua School, his teacher recognized his talents and his above average physical strength. He became his teacher’s favorite and his continued dedication and loyalty eventually earned him the position of 13th generation lineage holder of the Mei Hua system.

Wu Ti Pang was a just man who despised prejudice and bigotry as well as immorality. His strong political beliefs inspired him to join the army and fight against injustice and inequality. He devoted his life to Dangguo fighting in Beifa, the Anti- Japanese war and in domestic wars during his military career. He was duly recognized for his military achievements and his contributions.

As Wu Ti traveled across China, he humbly befriended other skilled martial arts experts to obtain more knowledge and improve his skills. In 1929 he was encouraged by 15th generation Mei Hua men disciple, Yang Shiwen, to compete in the 1st National Martial Arts Competition in Nanjing. Wu Ti Pang came in second place losing to Yang only in the weight lifting event. He achieved national recognition after the competition and was invited to coach the Kuomin Revolutionary Army.

In 1949 Wu Ti Pang went to Taiwan with the Kuomintang after the Peoples Republic took control of China. He retired from the army in 1951 to establish a Mei Hua martial arts school in Taiwan. It was located on An’dong Street in Taipei, which attracted many students. He was especially devoted to developing and teaching newly interested students with no martial experience. He also instituted rules in his school with restrictions against the use of alcohol and sex, as well as the forbiddance of belligerence, disrespectfulness and greed. It was required that the students adhered to these rules, and it was very rare that any of his students were troublemakers or bullies.

Wu Ti Pang was as an esteem member of the Martial Arts Committee and because he was extremely knowledgeable, persuasive, and an admirable person, he set up a module for promoting Martial Arts throughout Taiwan. He promoted Mei Hua Chuan by participating in every Provincial Sports Games as well as giving numerous Martial Arts performances. He also led a Martial Arts Committee to the frontier camps in Jinmen and Mazhu. Because of his influence and popularity, he was invited to take charge whenever the Martial Arts competitions were held. He was highly respected for his moral principles and his Martial Arts. 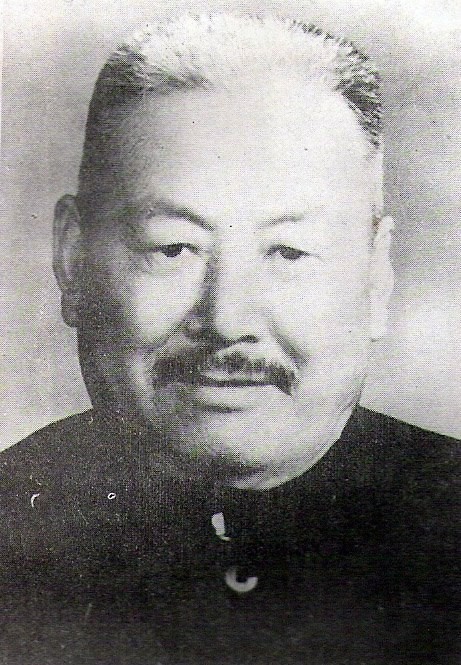 As a child I was very fortunate to start learning Mei Hua Chuan under Grandmaster Wu. He was a close friend of my grandfather’s, so I was able to learn the Mei Hua techniques under his very careful supervision. Later, I became a student of Ma Defu, the 15th Generation Head Master. Since then, I have devoted my life to spreading this branch of Mei Hua Chuan. In 1937, when the Japanese invaded China, I lost contact with my Sifu and my Grandmaster; however, I was eventually reunited with Grandmaster Wu in the 42nd year of Minguo (1953) in Taiwan. The following year, Grandmaster Wu established the Feng Pang Martial Arts School, located on Dong’An Street. I was appointed head coach. My martial arts dramatically improved with teaching. I also benefitted greatly from the special training I received from other experienced martial artists. Several years later Grandmaster Wu established a subsidiary school in Muzha. He put me in charge and thus began a new and challenging phase of my martial arts career. In subsequent years Grandmaster Wu fell ill and there were few people available to care for him. During the course of two hospitalizations, he received substandard care and this accelerated his decline.

Grandmaster Wu now required full time care. After soul searching and deliberation, the elderly 14th and 15th Generations Masters Hansan Li, Mianqi Zhao, Bingkun (Xingbang) Liu concluded that I should become Grandmaster’s caregiver and inheritor of the Mei Hua system. As the youngest and most able-bodied, I was given the responsibility to develop and pass on the system to the next generation.

At 2PM, May 19th, in the 53rd year of Mingguo (1964), my Grandmaster, Wu Ti Pang passed away. Prior to his death, he adamantly expressed the wish that I pass on this branch of Mei Hua. His last request, was that a photographic document be made of his descendants. This meant the world to him. Thus it was that Grandmaster Wu, Xiao Yao, and I were photographed together. He passed away the day after this picture was taken. I was grief stricken and no words could express my heartache over losing the best teacher I ever had. Despite the five decades since my Grandmaster’s death, I can still hear his voice, as well as his dying wish for me to pass on Mei Hua Chuan, and that encourages me to carry on, even during the most difficult of times. It is my hope that this Mei Hua branch of techniques can continue to benefit people.

Early on, when this Mei Hua branch was virtually unknown, I traveled all over Taiwan to promote it. Due to my efforts and hard work, the renown of this branch of Mei Hua Chuan has even spread beyond Taiwan. As more and more people joined our branch of Mei Hua Chuan, a committee was established to further promote the system. Now Mei Hua Chuan is in public schools like Winwu, Zhiguang, Yuda, Haizhuan, and Huaxia. More importantly, the subsidiaries of the Mei Hua committee are well established in the middle of Taiwan, Italy, the U.S.A., and Korea. I am optimistic that one day this Mei Hua branch will be known all over the world. 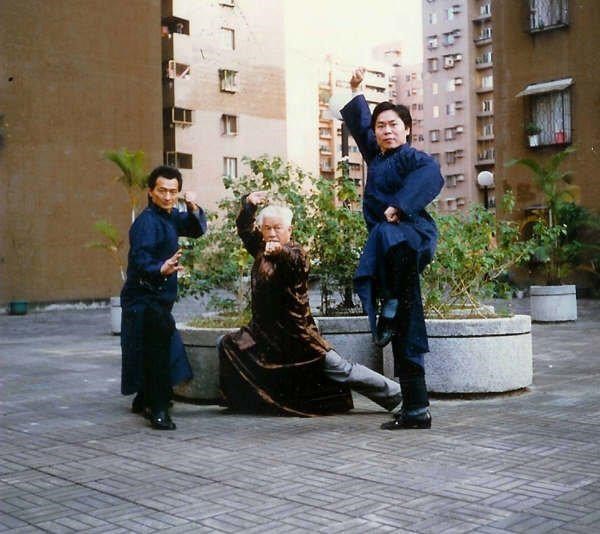 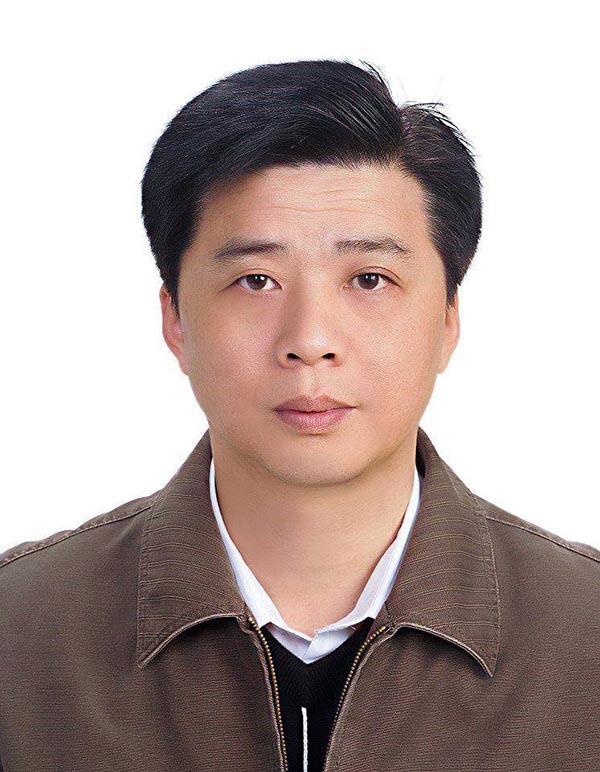 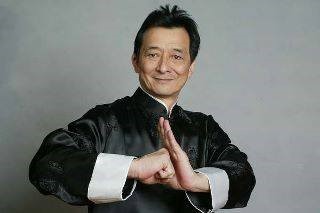 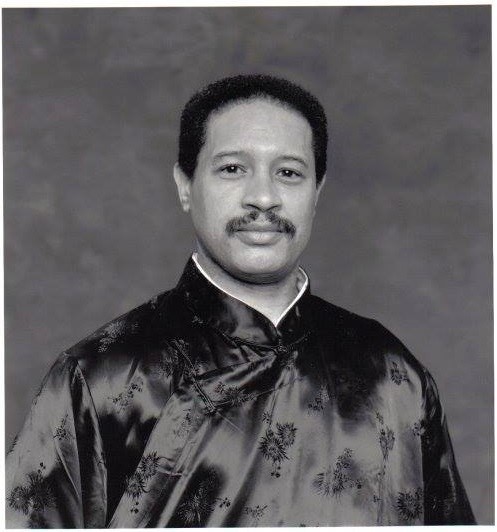 Sifu Andrew Lee, 18th generation Mei Hua Chuan, has been involved with martial arts since 1972. Motivated by his early teacher, GM Chi Yuan Tsai, Andrew Lee worked endless hours perfecting his art. As a result of his obsession with perfection, he was a top competitor in the Chicagoland area. His reputation for lightning fast and powerful kicks, and flexibility and jumping ability is what is said to have made him unsurpassed when competing in forms, weapons and fighting. In 1988, Andrew Lee founded Bei Shaolin Institute and dedicated himself to passing the art on to all interested students, regardless of age, innate athletic ability or skill level.

What makes his school unique is his uncompromising position to teach the art in its pure, traditional form, and his profound understanding of and insight into Chinese Kung Fu and martial arts in general. Most importantly, he possesses a rare ability to inspire and bring out the absolute best in all students. He has hand molded local and national champions and has promoted over 40 students to instructor level. Bei Shaolin Institute has now spread to Iowa, Illinois, Tennessee, Pennsylvania, Wisconsin, Texas and Florida. Sifu Lee’s love of the art is demonstrated with his continued interest and personal training in all aspects of Chinese Martial Arts. His special interests are Mei Hua Chuan, Tai Chi Chuan and Chi Nei Gong. 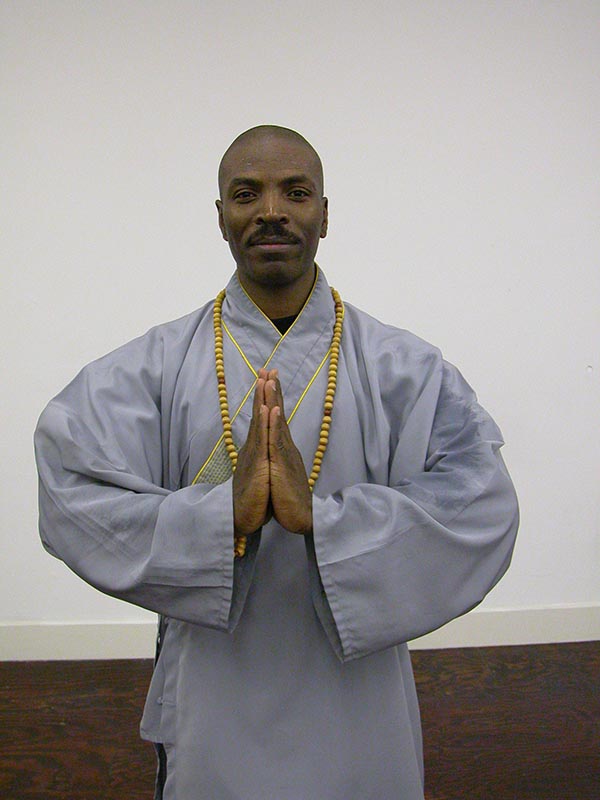 Growing up ion the ruff streets of Chicago as a child was no easy thing to do for a young boy but making it through all the obstacles guided Kevin Miller to the art of Kung Fu. Kevin was a twenty-five years old black belt studying Southern Hung Gar, Praying Mantis, and Snake Style Kung Fu before becoming a student under Master Andrew Lee in 1991. He first began his training in 1978 under his older brother, Danny Miller at the age of twelve. Master Danny was often challenged in the streets of Chicago as gangs wanted to test his fighting ability. Master Danny was never defeated, no matter if it was one or by multiple fighters. Master Danny gained the highest respect from those whom he fought.

Having the privilege of training under a prominent master named Andrew Lee out of Chicago Illinois, Kevin Miller gained the skills of Northern Shaolin Long-Fist, and Tai Chi Chuan. He is also a 19th generation Mei Hua descendant.

Since then, Andrew Lee has received the honorable title of “Grandmaster”. Like his mentor Grandmaster Andrew Lee, Sifu Kevin has won numerous tournaments in South Central United States and is now spreading the knowledge of Chinese Kuo Shu. Sifu Kevin Miller is also the first African American to ever open a traditional Chinese Martial Arts school in Memphis, TN. He currently owns and operates Bei Shaolin Kung Fu Institute in Memphis Tennessee.

2021 SPECIAL on all Children’s Little Shaolin Warriors for beginners, as well as personal private lessons for Children, Teens, and Adults.

Call or Email for more information!